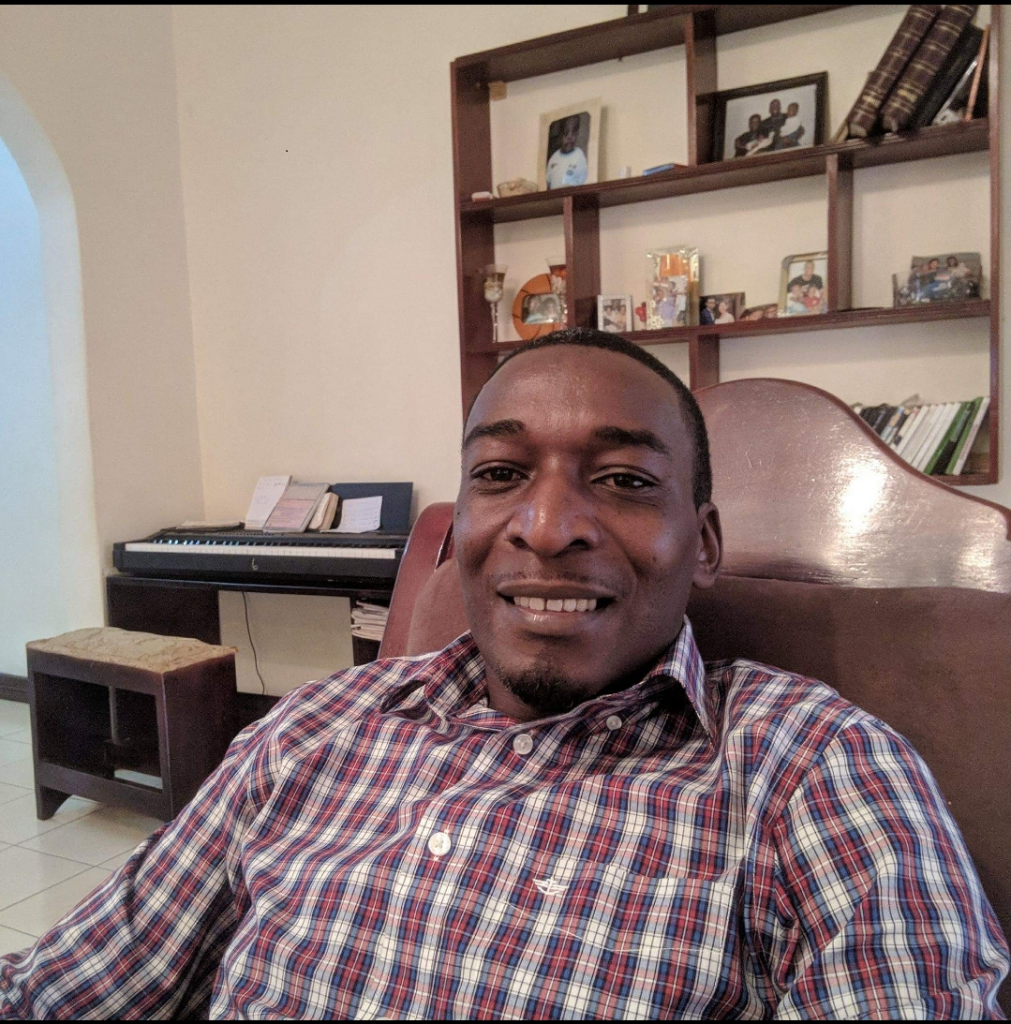 In the last 12 months, I have been developing a digital saving platform that will link mobile phone users to a financial institution using a mobile phone to enhance saving.

The system is now fully developed, tested and working perfectly.

This platform is going to able all mobile phone users be able to open up digital saving wallets on their phones and save money at ease.

The system is developed to create job opportunity for a user who signs up another user to have a digital saving wallet. The system automatically pays out a commission per transaction to a recommender every time a user transacts.

We are going to be employing 100,000 supper Agents across Uganda to promote the product tackling unemployment.

In the next one month, our digital saving wallet platform will be available for the general public to use.

I thank God for INT on all the support, knowledge and training

In March 2013, I took on a leadership role with P-Save, a Christian based tier 4 microfinance institution. Two months later, my wife, Ritah and I after many months of contemplation, debate and procrastination, enrolled for Class 11 of the Oakseed Executive Leadership Training of the Institute of National Transformation (INT). It was during the Oakseed training that we begun to understand that transformation does not just happen. It takes deliberate effort to turn mediocrity into excellence. I also realized that my new leadership position at P-Save was a great opportunity to practice the many things we were learning at INT. I therefore decided to make P-Save my Individual Project for the training.

The training helped us conceptualize our ideas into a project proposal and we set out to grow P- Save into a great Christian organization that not only provides excellent financial services to members but also contributes to the expansion of God’s Kingdom in the business sphere.

Having started my legal career in a bank, over time I realized that despite the considerable progress in the expansion of Uganda‘s financial services sector, our country still suffers from low savings rate which translates to high costs of lending and low indigenous investments. More so, financial institutions prefer to invest in low risk government securities rather than lending to the broader segment of the population, which is considered very risky. So while the financial system is able to provide financing to people in need of credit facilities, most of the credit is short-term credit (with a tenor of 6 to 36 months) and funding for longer maturities is largely unavailable which in turn severely curtails the financing of long-term development projects, which is a further constraint to economic development. The growth of long-term finance has been slowed by issues such as high interest rates, difficulties in accessing credit and a generally underdeveloped financial system with limited options. Many people resort to obtaining credit from money lenders, a group which has gained prominence for their quick loans which come at very exorbitant and exploitative interest rates, thus leaving most of their borrowers destitute.

But even of more concern to us, most financial institutions in Uganda are foreign owned and by necessary implication tend to serve the interests of their foreign shareholders at the expense of the indigenous Ugandans. This became very evident in the financial year 2011/2012 when inflation reached close to 30% and banks increased their loan interest rates on account of the high inflation. As a result, many Ugandans saw their disposable incomes eroded and many lost their property to the banks. Yet amidst all this suffering by ordinary Ugandans, the banks posted supernormal profits, most of which were subsequently repatriated to the foreign shareholders.

We therefore felt burdened to strengthen indigenous grassroots financial institutions like P-Save that will serve the interests of our community. More so, we were convinced that we needed to raise a Christ-like financial institution that will not exploit the unsuspecting consumers, but rather serve the Kingdom of God through the application of biblical principles regarding finance, credit and investment.

P-Save as a Savings and Credit Cooperative (SACCO) is classified as a tier 4 financial institution and is regulated as such. The INT training enabled us position P-Save as a vehicle for national transformation by developing a savings culture among the members, thereby increasing their access to financial resources for investment and personal development. P-Save’s purpose is to enable and facilitate its members to achieve financial freedom. And the purpose of my INT Individual project was to use my skills to grow P-Save into the preferred financial services partner that enables and facilitates members to achieve their development needs.

The project is still on-going and by the grace of God we have witnessed tremendous growth and excellence as a result of implementing the lessons from the INT training. Since graduating from INT in October 2013, we doubled our membership, doubled our savings portfolio and tripled our loan portfolio in less than three years. We have also since increased from one branch to three branches as well as increased from one permanent staff member to five permanent staff members working with several volunteers. But more fundamentally, we have used the INT training to become disciplined people practicing disciplined thought and disciplined action. One of our most enriching and rewarding disciplines is a weekly book review in which each of our staff share what they are learning from a book they are reading.

Our work, discipline and dedication at P-Save is derived from the greatest lesson we gained from INT, that national transformation begins in the heart of a transformed and disciplined individual. Before we can have dominion in any sphere of society, the individual must first have a personal transformation.

Victorious Education Services started in 1999 as a Kindergarten with about 30 (thirty) children and 3 (three) staff Members. In a three bed roomed house with 30 chairs and no table with personal savings of about UgShs 1,000,000. (one million). We have now grown into one of the biggest and best education institution with over 350 members of staff and about 4000 pupils.
Victorious Education Services (VES) is a God fearing institution that is dedicated to train a wholesome person. The Institution provides a range of services including Daycare, Kindergarten, Primary school education and transportation of pupils. School programmes are designed to build a foundation for a child’s cognitive and physiological development so as to enhance their capability to learn and interact with more complex concepts in their academic life and thereafter.
In 2003 victorious Kindergarten became a Limited Company. The Institution has four campuses in Kampala and One campus in Mukono is a fully fledged boarding school. Victorious Education Services (VES) turned 17 years this year 2016. The Campuses located in Kampala provide nonresidential academic services at kindergarten and primary school level.
The school envisages to expand it’s coverage to other regions of Uganda and Neighboring countries in the future.

Through the classes we discovered that there is no excuse for not impacting the nation. We then embarked on the following;

As a result of following the INT principles our business has doubled growing to a rate of 50%. The number of staff we employ has increased by 40%. We have received several awards since 2010. We are so grateful to God and to INT.

We are Victorious because God is able.